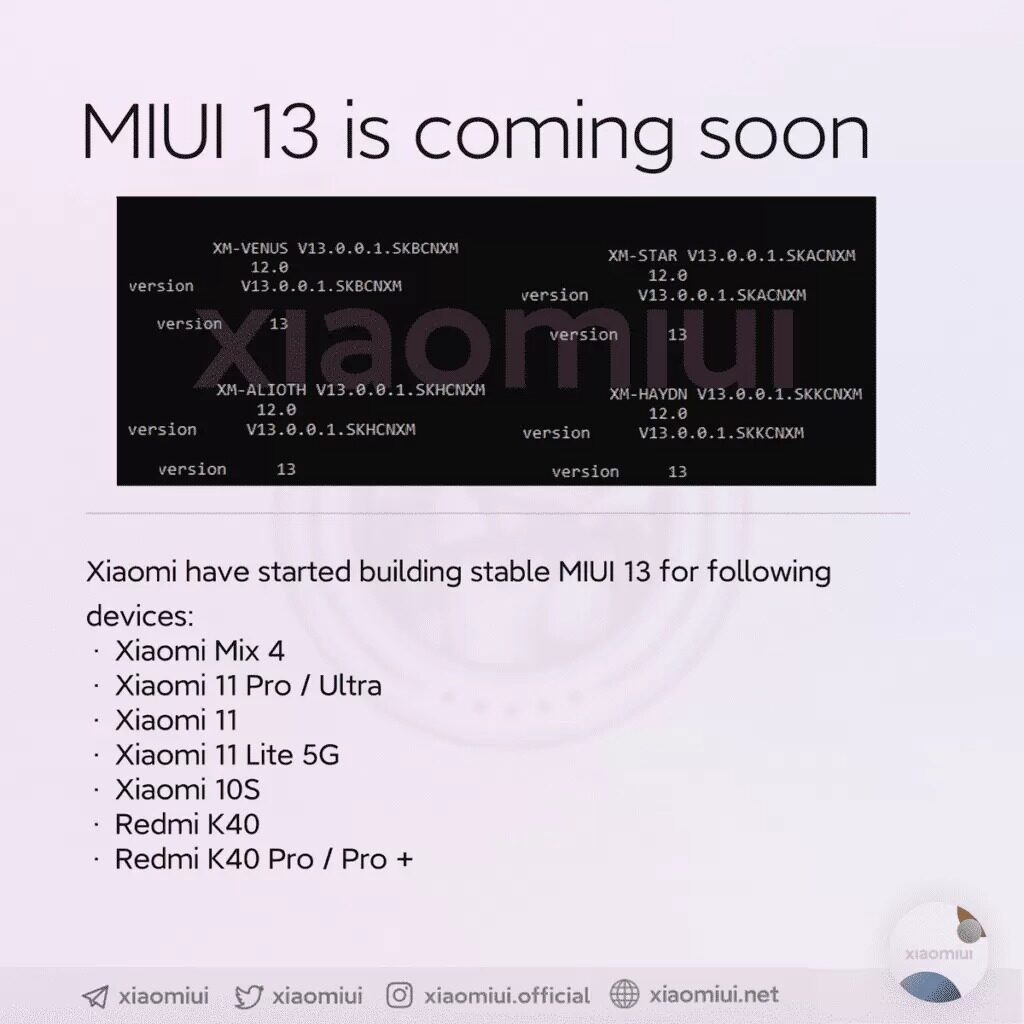 Lei Jun made it clear as early as August this year that MIUI 13 will arrive at the end of the year. The company hopes to meet Mi Fan’s expectations with this update. In recent days, there has been some information about MIUI 13. Some of these updates are from official sources such as Lei Jun himself. This suggests that the MIUI 13 system is about to arrive.

After the kacskrz programmer analyzed the MIUI version V13.0.0.1.SKACNXM from the system code, the list of MIUI 13 models was also revealed. The trail reveals that the first batch of smartphones includes nine models. These models are currently testing the MIUI 13 system and these include:

Regarding system highlights, there is information that this system will include virtual memory, custom notification management, floating widgets, new system animations, and new battery management. Xiaomi’s annual conference is scheduled for December 16th and we expect the company to unveil MIUI 13 as well as Xiaomi’s 12 series.

MIUI 13 will have multiple changes – the system is stable

In addition, Lu Weibing, responsible for the Redmi brand, attributes the excellent performance of the Redmi Note 11 Pro battery to MIUI’s efforts. According to him, the battery of the Redmi Note 11 Pro makes more users look forward to the MIUI system. These comments from Xiaomi executives spark speculation that the MIUI 13 system will come with tons of changes. Of course, it is logical to think that the MIUI 13 will have many new features. This is because its predecessor didn’t do much, so it will have a lot to surprise.

Also, the popular Weibo leakster,@DCS claims that MIUI13 comes with many improvements. He also claims that many of the system’s interfaces have new UX. This Android Skin will be based on Android 11 as well as Android 12.