If a smartphone is scheduled for release, there is a strong chance that it will leak in some way. Similar leaks also impacted the Moto G53. The majority of its specs have already been disclosed through leaks. Additionally, there are renders that show how the device is made available. The product looks high-end despite its low price.

Three cameras and an LED flash are housed in a camera section that is highlighted in the rear design. The rear section’s camera section is a different color from the rest of it. The device is anticipated to have a 6.6-inch FHD+ OLED display, according to leaks. It will have a 90Hz refresh rate. The Moto G53 might use a Snapdragon 4 Gen 1 processor.

6GB of RAM and 128GB of storage are both options for the phone. There might be more RAM or storage possibilities. Three rear cameras, including a 50MP main camera, an 8MP camera, and a 2MP camera, are anticipated for the Motorola G53. There should be a 16MP selfie camera on the front. You can download the new stock wallpapers that come with the Motorola G53 before the device is released in addition to these.

The wallpaper preview images are shown below solely for illustration purposes. Don’t download from images because the preview is not in the original quality. Please use the download link provided in the section below. 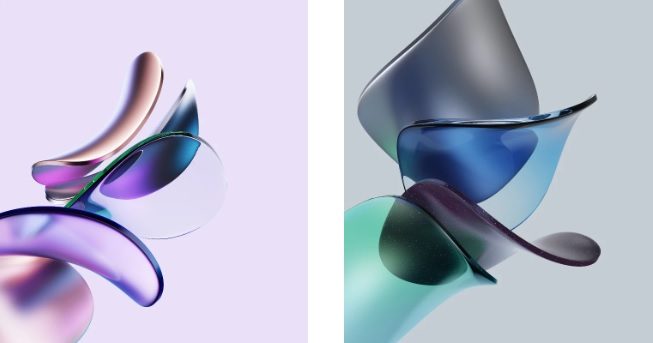 When it has finished downloading, go to the downloads folder and select the wallpaper you want to use as your phone’s lock screen or home screen. To set the wallpaper, open it and then tap the three-dot menu icon. I’m done now.

You can leave comments in the comment box if you have any questions. Also, tell your friends about this article.