Cubot X30 vs Huawei Nova 5T Which Is Best 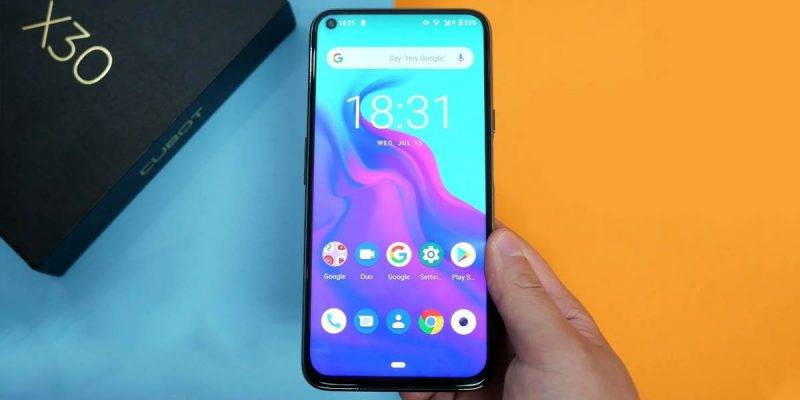 If you are looking for a mobile that has great performance, an excellent selection of cameras, and also a very good price, then the new Cubot X30 is what you need. This device is a very powerful beast, it has no less than 5 rear cameras with AI, and its price will surprise you.

At the time of its launch, the Cubot X30 will cost 215 euros in its base version, but Cubot wants you to take it with a super discount. If you buy it between July 27 and August 1 you will get a 40% discount, and you can have it for only 135 euros.

Do you want to know why it is such a good choice? Then watch the Cubot X30 compete against the Huawei Nova 5T, a very similar rival, but with a much higher price.

Comparison of the Cubot X30 vs Huawei Nova 5T, these are all its characteristics

A great way to quickly compare two phones is to meet them face to face in a comparison table. In this way, you not only make a very complete contrast, but you can also see the advantages of each model in a simple way. Want to see how the Cubot X30 completely beats the Nova 5T? Then take a look at its specifications:

Regarding the screen, both the Cubot X30 and the Nova 5T are very similar, both offering an IPS panel with Full HD + resolution. However, the screen of the Cubot X30 is larger, with a size of 6.4 ”, vs. the 6.26” of the Huawei, but that’s only the beginning.

It turns out that the Cubot X30 technically outperforms the Huawei on camera, offering no less than 5 rear sensors with artificial intelligence included. Yes, we are not kidding, since the X30 equips 5 cameras, and features a 48 MP sensor with PDAF that is simply fantastic.

This is accompanied by four additional sensors, divided in this way: a 16 MP wide-angle sensor + 5 MP macro lens (vs 2 MP from Huawei) + 2 MP depth sensor + a 0.3 MP photosensitive lens. Each and every one of them with AI included for you to take the best photos, with a gain of colors, contrast, and enviable definition.

Huawei’s reputation in photos is very good, but the Cubot, as you can see, is not far behind. It is possible that on camera even the Huawei will exceed the Cubot in quality but not so in versatility thanks to its 5 cameras.

The Cubot X30 has a huge battery, expandable storage, and Android without bloatware:

While the Nova 5T has a 3750 mAh battery that seems short by current standards, the Cubot X30 offers 4,200 mAh. With that capacity, you will be more than resolved for the whole day, and even if you give the screen a lot of time of use, it will surely have more than enough for the most intense days.

The Cubot X30 equips a MediaTek P60 as a processor, which translates into fantastic performance even in very heavy tasks. In RAM both devices are similar, offering 6 or 8 GB versions of RAM. However, the Cubot X30 is placed ahead in storage by including 128 or 256 GB versions, expandable.

And how is the comparison going as a Software? EMUI 9.1, the customization layer for Android that the Nova 5T carries is very good, but it is based on Android 9. Meanwhile, the Cubot X30 wins twice, since it equips Android 10, but it is also the base version, without bloatware and in the purest Google Pixel style.

Where can you buy the Cubot X30 and pay it at a bargain price?

The Cubot X30 is already on sale with its standard launch price and in black, blue, and green. However, if you are patient you can get it at a super price from another planet, a discount of almost 40% on its original price. Do you want to know how?

Do you want to buy it but did you find out ahead of time and are you very forgetful? Don’t worry, add your X30 to the cart right now and Cubot will send you a notification when the super offer is active. What other company alerts you to pay less for their devices? None.

How To Uninstall Programs on MAC

The Best Apps To Turn Photos Cartoons on Android and iOS