I always try to give my audience about good and new free Android Tools To move forward, I’ll give you another one the Cheetah Tool. This is the best tool for user who doesn’t have any paid boxes and paid tools.

With  Cheetah Tool you can deal with different Android devices and phones, Samsung devices Or other Android phones such as HTC / LG / Tecno / Infinix / OPPO phones.

And other phones depending on the processors carried by either processor MTK or SPD or Qualcomm QLM. 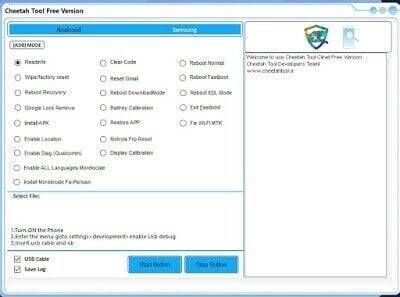 In addition to the list of Samsung phones that carry a lot of important operations such as.