Why choose a rugged smartphone? One of the main weaknesses of our phones, even of the best smartphones, is their relative fragility. Carrying this kind of device always with us, it is easy for it to fall or, in any case, to be subject to various types of external impacts and aggressions.

If for many people the risk of seeing their smartphone shatter or otherwise damaged by external factors may seem remote, in reality, it is not an event to be excluded a priori. Especially those who work outdoors, perhaps in difficult weather conditions, keeping the phone intact is not so simple.

The devices we will talk about in this article are commonly defined rugged, translated from English sturdy. This adjective goes well with the conformation of these models, given that they have a reinforced body, able to withstand shocks and falls, even quite ruinous.

Also, always in line with the rugged philosophy, these smartphones have protections for what concerns the water and the dust. Military standards guarantee the integrity of the device after having performed numerous resistance tests to certify the impact and fall resistance. 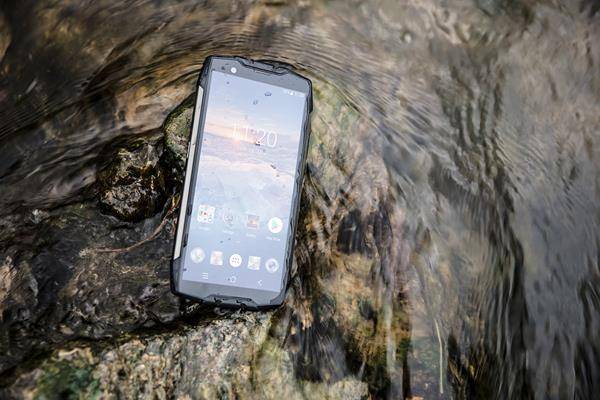 Why buy a rugged smartphone?

Sacrifying the aesthetics a bit, the developers focused on the resistance of the phones, offering some interesting models that are almost comparable to medium-high end devices. To try to “put a piece” also, there are also some additional protections to be applied to classic devices, such as the rugged cover for iPhone X.

Regardless, this so drastic choice, aimed at sacrificing the design for unparalleled strength, it can be essential for those who work, for example, in construction sites, workshops or the like or for those who often practice extreme sports and need to always carry their smartphone with them.

The priority, almost absolute, therefore remains resistant to impact, water, and dust. Beyond the body and the protections then, the rugged smartphones appear as simple mobile phones, equipped with functions and characteristics quite similar to their “unarmored” brothers.

The characteristics to be evaluated during the purchase phase are the same that we talked about in the smartphone purchase guide. Performance, display, camera, and the battery should be primarily considered.

What are the best rugged smartphones on the market?

Having made this necessary premise, we can finally focus on the 5 best models currently available on the market. For each model, we explain what are the strengths that convinced us to include them in our selection of more resistant smartphones.

Let’s start the list of the best rugged smartphones with a device that knows how to make a big voice. Doogee S95 Pro is undoubtedly one of the most popular smartphones in this category. Beyond the heavily reinforced body, there is a respectable device.

The triple camera, from 48, 8 is 8 MP is assisted by a front (16 MP), while as regards the protection, it must be said that this model can boast a certification of IP68. Put simply, such a smartphone is waterproof, dustproof, and shockproof, high-temperature resistance.

The satellite GPS stands out, capable of combining services such as Beidou, Galileo, Glonass is Full Netcom adoption. At the same time, support for broader global network frequencies allows Doogee S95 PRO to be considered a rugged smartphone particularly recommended for hikers or people who have work/hobbies that take them to, particularly isolated places.

Returning to focus on more generic technical specifications, the mobile phone we are talking about works thanks to a processor Octa-core Helio P90, Supported by 8 GB of RAM. The operating system supplied is Android 9.0 Pie, while the battery has a capacity of 5150 mAh, with fast charging technology 12V / 2A 24 W.

The screen is from 6.3 inches, with a resolution of 1080 x 2160 pixels is contained in a Gorilla Glass 5, which further promotes the resistance of a device that perfectly embodies the rugged philosophy.

We continue the list with Blackview Rugged (2019), a device that has various characteristics from the rugged model while maintaining a certain elegance in the lines. Among the many features proposed, a battery with a large capacity stands out without a doubt: we are talking about 13,000 mAh, for an autonomy (in standby) that can reach 60 days.

As far as resistance to external agents is concerned, the body is particularly resistant to water, mud falls, and various stresses. It is certified IP68 is IP69, of certified resistance to falls for 1.5 meters and one total resistance to dust.

The display proposed to the user is from 6.3 inches with resolution from 1080 x 2340 pixels, equipped with brightness, sharpness, and bright colors. The beating heart of Blackview Rugged (2019) is an octa-core Helio P35 Supported by 4 GB of RAM. Even as regards gaming, this device proves to be able to defend itself quite well.

Focusing on the cameras instead, it should be emphasized how this device proposes one double 16MP by Sony, complete with a mode Bokeh (which allows you to highlight a subject, blurring the backdrop). 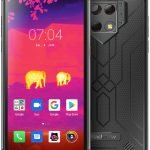 BV9800 Pro it is the evolution of the older Blackview BV8000 Pro. Again, we are talking about a rugged smartphone that maintains certain care in the lines and from the purely aesthetic point of view. On a practical level, however, it proves to be a truly impressive machine.

The smartphone in question has an Integrated FLIR Lepton thermal imaging camera, capable of locating heat sources and making any measurements. The standard rearview camera is a Sony from 48 + 5 MP, combined with one front 16 MP.

They can guarantee a good shutter speed and focus. The display, from 6.3 inches Full-HD, proposes a resolution of 1080 x 2340 pixels. The processor is an Helio P70 octa-core, combined with 6 GB of RAM and storage space equal to 128 GB (expandable up to 256 GB).

The device is covered with die-cast and reinforced aluminum frame, capable of absorbing shocks and falls from 1.5 meters in height. The certifications IP68 is IP69 then, they guarantee to waterproof up to 1.5 meters (also in saltwater). 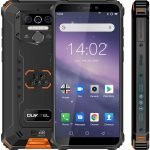 OUKITEL WP5 is another smartphone that makes robustness its main feature. Starting from the display, consisting of a Gorilla Glass super resistant, every single detail of the device fits perfectly with the idea of ​​a resistant device.

Resistant to dust and water, as certified by the certification IP68, it has the edges of the body rubberized, to make everything particularly resistant to any knocks and falls. There 4 LED flashlight, allows you to use your phone as a real flashlight.

Returning to focus on decidedly more classic technical specifications, OUIKITEL WP5 can boast a quad-core MT6761, 3 GB of RAM is one storage space of 32 GB. The operating system supplied is Android 9.0 Pie, while the cameras consist of a triple rear (13 + 2 + 2 MP) capable of taking photos even underwater.

The display is more contained than the other rugged smartphone models, proposing 5.5 inches. It is, therefore, a device which, while maintaining a solid structure, remains smaller than the industry average. 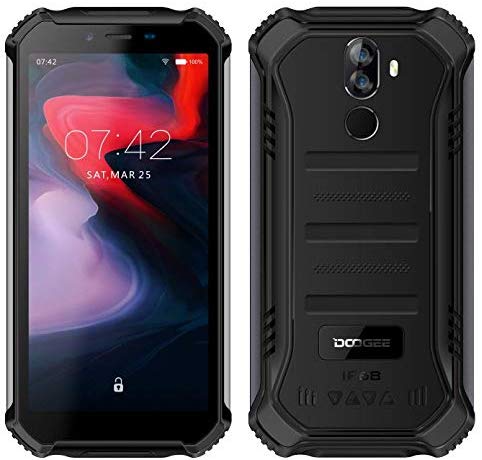 We conclude this long list with a product that, despite being quite dated, perfectly embodies a device capable of being resistant and at the same time available at a decidedly reduced price. It’s about DOOGE S40, the ideal device for those looking for a low-cost phone to use on-site (or in similar contexts).

For protections, this product is proposed as up to the situation: certifications IP68 and IP69, as well as the Gorilla Glass 4, they speak for themselves. Put simply, this smartphone can withstand underwater up to 1.5 meters deep, resists the 99% of the powders it’s at temperatures up to 80 degrees. These are high standards, usually reserved for military devices.

The technical specifications show a 1.5GHz quad-core MT6739 processor and a dual rear camera from 8 and 5 MP. The battery results from 4560 mAh which is rather long-lasting even in case of intense use of the device. The operating system supplied is Android 9.0 Pie.