Antiviruses Spy on us and monitor us?

Are Free Antiviruses So Safe? Let’s find out together in this investigation 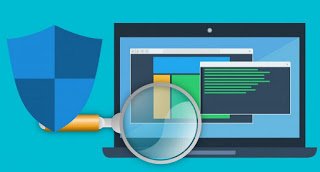 Many users wonder if a free and very useful program like antivirus can be free or hide the pitfalls, considering that the company that produces them will have to somehow earn something (maintain a database of viruses, manage scans through the cloud, and taking care of scan engine updates costs).

If you are also in doubt and are afraid that in reality a free antivirus can actually spy and control users, read the following guide carefully: here we will show you how antivirus manufacturers earn, what is behind a free antivirus and how to choose a good product that protects our security without undermining our privacy, up to behaving like real spyware (as we will see in the examples that we will show you).READ ALSO: Antivirus for Windows 10: is Windows Defender enough?

Are Antiviruses Safe? Are they spying on us?

But behind a free antivirus, however, a business may hide, which makes producers make money even with free products, often without users knowing every detail.
Let’s see together how a free antivirus earns and if antivirus can spy on us, thus behaving as a threat to privacy.

How does a free antivirus maker make money?

Manage a complex program like An antivirus requires developers, an administration team and a sales and development team, all people that any company must pay (even handsomely) to be able to maintain their business: this business is maintained in most cases thanks to paid products, i.e. commercial use licenses for domestic and commercial uses.

So how does a free antivirus keep a company running without creating dangerous budget holes? Below we have collected all the main earning methods of free third-party antivirus:

Freeware with limitations: it is the most common case, in which the antivirus is provided for free forever but with some advanced “blocked” functions, which we can obtain only by paying a user license.

These antivirus programs offer sufficient basic protection for the vast majority of users and do not present any particular privacy problems.

Freeware with advertising: another widely used system plans to use the free antivirus (often also with all the functions active), but with the presence of pop-up windows with advertising banners at variable time intervals, to generate revenues to maintain the program.

They are good antivirus but very “annoying” since they disturb while browsing, and not all advertising banners are pleasant or suitable for viewing, effectively making the antivirus useless (even a wrong click on the antivirus banner is enough to open windows you don’t want).

Shareware: the commercial antivirus is offered for free in all its functions for a limited period (usually 15 or 30 days), after which we must pay the user license to continue using it.

This system is used by the most famous and powerful antivirus and, if we are considering installing a complete antivirus, it remains the best choice to avoid being spied on.

Freeware with tracking: these are the most “dangerous” antiviruses because behind the image of complete and effective antiviruses (and they are!), they hide among their components tracer elements that control the Web pages that we open in the browser, the programs, and files that we open it daily and, once we have collected all our data, send it to an analysis company, which will resell our profile to the highest bidder. In fact, with these free programs, the product to sell becomes us!

As we will surely have understood, not all antiviruses have “honest” business models, since, if they adopt the tracking strategy, we authorize spyware to control our computer while the main program does something else.

Can Antivirus Spy On Us?

Having said that the answer to the question in this chapter is Yes, some free antivirus programs were created specifically to spy on us, generating millions of euros of earnings thanks to the profiles captured while they were installed on the PCs of unsuspecting users.

If you are already thinking about illegal behavior, you will have to review this position: all the antiviruses they choose as a Freeware business model with tracking specify (in very small letters) the tracking activity in the conditions of use, to be able to win any court case (“it was written, the user accepted”).

That’s why we renew the precaution of always reading all (and I mean all) conditions of use programs, Privacy Polity or Term of Use, which often hide very disturbing realities not only among free antivirus but on all the programs offered for free.

The AVG and Avast cases

Let’s go to the news: there are documented cases of antivirus that spy on users for profit? Unfortunately, the answer is yes! As we can read from the investigations conducted by Vice is PCMag, two free antiviruses highly appreciated as AVG and Avast they hid a secret component to spy on users on whom the antivirus was installed. 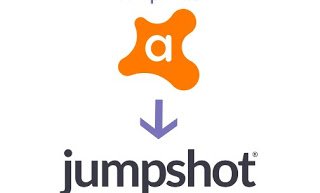 The browsing data obtained by the two antiviruses (which had a Web filter to protect from infected pages but which simultaneously tracked users) were captured and sent to the company jump shot, a subsidiary of Avast and AVG whose purpose was to resell the data to marketing companies and multinationals, who could use these profiles to obtain valuable information on users (types of pages visited, products purchased, preferences, etc.). 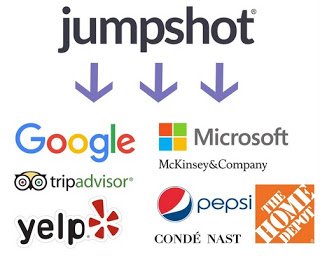 Thanks to the resale of data, the company was able to invoice large profits even from free antivirus, without the need to force users to purchase a user license (in fact they earn more with the data collected than with the individual Pro licenses sold! ).

This in-depth article made us understand that nothing is free nowadays and that often to earn something “we are the goods” or rather our browsing data.

If we want a free antivirus on Windows 10, be satisfied with the Integrated Windows Defender or we carefully read the conditions of use and the privacy rights of the antivirus we choose, to avoid nasty surprises.

If we want a higher level of security than Windows Defender we focus on a paid antivirus, like those seen in the guide Download paid antivirus: free trials and updates.

How To Remove Ads On Android And Notification

Best Antivirus for iOS Are there on iPhone?