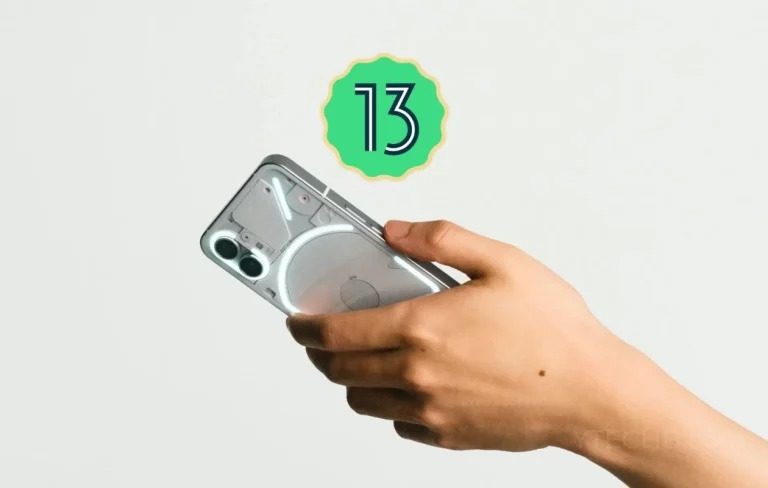 In July, one of this year’s most anticipated smartphones, the Nothing Phone 1, was released. Additionally, since its release, the device has received a few minor updates. But given that Android 13 is already available, you must be wondering when Android 13 will be made available for the Nothing Phone 1. The official Android 13 statement is out, and it is not good for users.

The stock Android experience is one of the Nothing Phone 1’s main draws. Users had high expectations because Nothing had promoted the Nothing OS as a fantastic feature.

It didn’t help at all that they promised a better user experience because Carl Pei responded to several comments from users requesting Android 13 by saying that a product is “more than just its specifications, features, and version numbers.” Despite the hype, the Nothing Phone 1 has been involved in numerous controversies since its release.

However, in response to Karl Pei’s response, Nothing provided Android Authority with an official statement. This is the authorized statement.

“We never stop trying to make the Phone 1 user experience better. Operating system updates will be regularly made available for download in order to guarantee this.

The first half of 2023 will see the release of Android 13 for users of the Phone 1. We want to fine-tune the software upgrade with Nothing’s hardware before we release it. We’ll make sure to keep you informed as new details become available.

Therefore, Android 13 for the Nothing Phone 1 will be available in 2019. Also, the lengthy window of six months is excessive. This is a new phone from Nothing, so they must have provided at least a specific month or quarter.

On their high-end smartphones, other OEMs like Samsung, Oppo, and OnePlus have already begun testing Android 13. And these OEMs will begin pushing the stable Android 13 update to mid-range and entry-level phones in the first quarter of 2019. Furthermore, given that the Nothing Phone 1 is a premium mid-range phone, we at least anticipated a short timeline.

This is undoubtedly bad news because the early Android 13 update might bring some benefits to users while the Nothing Phone 1 has received mostly negative reviews. But if anything differs from Nothing, we’ll let you know.