“Intellectual alarm clock” Sleep Cycle monitors sleep, analyzing the sounds and vibrations of the body, and wakes up in a quick sleep phase – that is, at the moment when it is easiest to wake up. For example, if you need to get up at 8 am, the alarm will work at the most suitable time for waking up from 7:30 to 8:00.

Sleeping in an embrace with the phone is optional: just put it next to the bed. True, it is desirable to leave on charge: the application is very energy-intensive.

In the free version: alarm clock, sleep analysis, daily charts, and statistics. In the premium, there is a mode of falling asleep with lulling sounds of nature. In addition, you can monitor sleep trends over a long period and analyze the influence of various factors on it: stress, weather, moon phases, and workouts.

Russian language: there is.

The application helps to fall asleep with the help of a specially created soundtrack and has already received enthusiasm JK Rowling: “The best for sleep that I have ever used!”

Pzizz is based on psychoacoustics research – a section of psychology that studies the human perception of the sound – and uses so-called algorithmically remixed sounds, which include voice-overs and music.

You can choose a feminine or masculine voice, or just get by with music and sound effects. The “melodies” of the application resemble Matthew Herbert’s works, which include in their tracks the sounds of eggshell crackling and instant coffee rustling in a can. In general, as one of the users wrote, “go on a space journey through distant galaxies”.

Headspace – one of the most famous meditation applications in the world – created by former Buddhist monk Andy Paddicombe.

As part of the free course “Fundamentals of Meditation,” basic skills training, breathing and relaxation, and 2-3-minute mini-practice to quickly relieve stress, reduce anxiety and better sleep. In the extended paid subscription – meditation courses for all occasions: to work with emotions, for personal growth and even to improve motivation in sports.

The application helps to organize the mode in accordance with circadian rhythms: determines the beginning of the daylight by geolocation and gives recommendations on the optimal time for sleep, nutrition, physical and mental activity.

Solar Clock does not work wonders, but it helps to observe the regime, which is important for normal sleep.

The application can be useful in traveling if you want to quickly adapt to a new time zone.

For those who like to experiment, there is a “natural” alarm clock that self-adjusts depending on the time of sunrise during the year. 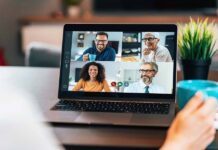 How to make WhatsApp video calls on Windows 10 and macOS 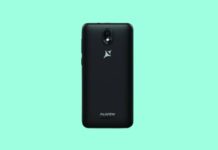 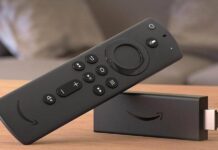