According to a report, SamMobile of Samsung started to release the update Android 11 for the Galaxy A02. The latest system update for the smartphone comes with the One UI Core 3. x skin.‎

‎Like any other OTA system update, this one is also being distributed in batches. Therefore, it is only available to selected users in Russia. Anyway, the new software update is expected to reach other regions in the coming days.‎

‎By Samsung’s update history, Galaxy A02 may receive another major system update. This should not be anything other than One UI Core 4. x based on Android 12. This version of the software will probably arrive at the end of next year.‎

‎Last but not least, your smartphone will likely continue to receive security patches after its second major software update.‎

Inside this smartphone has an MT6739W MediaTek chipset along with 2GB/3GB RAM and 32GB/64GB of internal storage. As you might guess, the entire phone is made of polycarbonate, except for its front glass. In addition, the back of the device features a pattern for better grip, plus a 13MP (wide) + 2MP (macro) dual camera setting along with an LED flash. While at the front there is a 5MP sensor for selfies and video calls.‎

This smartphone has a huge battery of 5.000mAh and runs the system operating Android  10. Finally, the  Galaxy A02  comes in three colors (Denim Black, Denim Blue, Denim Gray, and Denim Red), has dimensions of 164.0 x 75.9 x 9.1mm, and weighs 206g. But unfortunately, in Thailand, you only get the first two colors.‎ 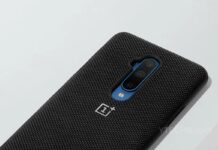 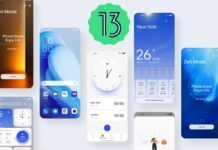